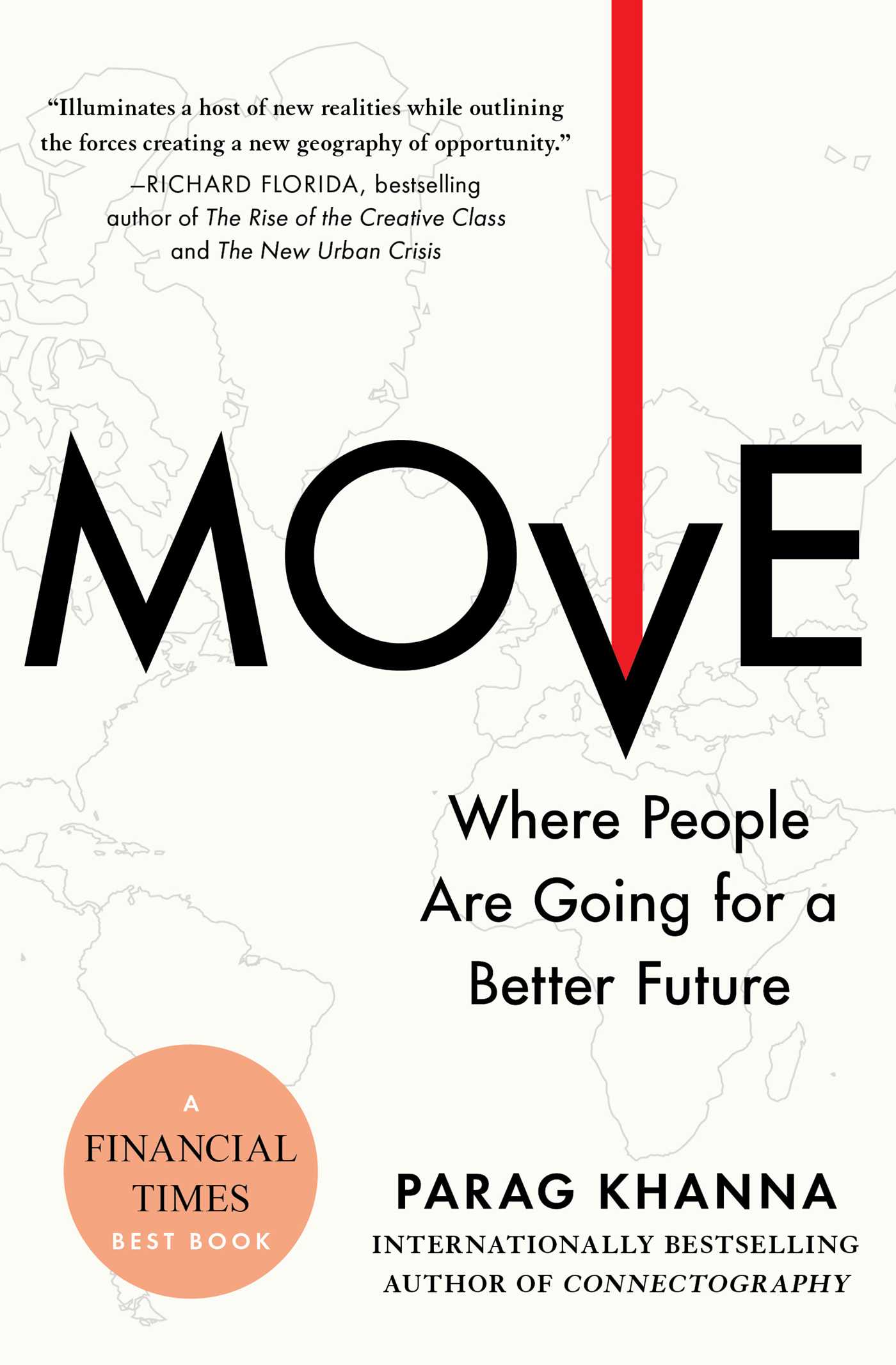 Where People are Going for a Better Future

In the 60,000 years since people began colonizing the continents, a recurring feature of human civilization has been mobility—the constant search for resources and stability. Seismic global events—wars and genocides, revolutions and plagues—have only accelerated the process. The map of humanity isn’t settled—not now, not ever.

As climate change tips toward full-blown crisis, economies collapse, governments destabilize, and technology disrupts, we’re entering a new age of mass migrations—one that will scatter both the dispossessed and the well-off. Which areas will people abandon and where will they resettle? Which countries will accept or reject them? As today’s world population, which includes four billion restless youth, votes with their feet, what map of human geography will emerge?

MOVE provides an illuminating and authoritative vision of the next phase of human civilization—one that is both mobile and sustainable. In the years ahead people will move to where the resources are and technologies will flow to the people who need them, returning us to our nomadic roots while building more secure habitats. MOVE is a fascinating look at the deep trends shaping the most likely scenarios for the future. Most important, it guides each of us as we seek our optimal location on humanity's ever-changing map.

For every copy of MOVE purchased before October 12, 2021, $1 will be donated to the Out of Eden Walk to support Paul Salopek's incredible journey around the world. Learn more at: www.outofedenwalk.org

Impressive…In Move, Parag Khanna proves again why he is one of the world's most incisive thinkers. With wit, wisdom and deep intelligence, he shows us a future in which billions will move across borders, creating entirely new population mixes and blending what used to be called ‘national identity.’ The book’s great accomplishment is that it not only reveals what will soon be upon us, but what lies ahead for our children and grandchildren.

Millions of people will soon vote with their feet to reveal the most desirable locales of the 21st century. They’ll abandon failing models and, with a new flexibility created by technology, bring their skills to places that reward ingenuity. Parag Khanna’s brilliant new book describes a world shaped not just by democracy or capitalism, but, increasingly, by migration.

Thought provoking…As this book demonstrates, the climate crisis is just one of many forces that will have humans more on the move this century. Since global warming hits hardest those who’ve done the least to cause it, migrants will have moral force on their side. We can only hope that undeniable reality will spark a global ethic of solidarity and that a large-scale humanitarian disaster will be averted.

– Bill McKibben Author of Falter: Has the Human Game Begun to Play Itself Out?

Daring, smart, unforgettable .... A rich exploration of our times and the way forward.

A real eye-opener…Move makes clear that, though ‘mobility’ can be for some a desperate flight for refuge, it’s also—for younger generations growing into a multi-cultural, one-planet civilization—a new expression of possibility. What’s exciting is that the book reorients us to this century’s potential. It’s a pleasure to read.

– Kim Stanley Robinson Winner of the Hugo, Nebula, and World Fantasy Awards and New York Times bestselling author of Ministry for the Future

Authoritative and fact filled yet pleasurable to read, this vitally important book by geopolitical scholar and veteran world traveler Parag Khanna presents a thorough investigation of the history of human migration and a discerning estimate of its probable future. Among the book’s many strengths is its penetrating analysis of the radical reconceptualization of our current civilizational models coupled with compelling insights on how the inevitable mass migrations of the near and medium term future will affect every facet of global social, political and economic activity.

Without fundamentally rethinking our economic models, the colliding demographic, environmental, and political crises many countries face will snowball into economic disasters. In MOVE, Parag Khanna cuts through the clutter like no one else, providing a roadmap to a more sustainable future.

No one knows more about how global connectivity works than Parag Khanna. Here he examines exactly how the coming massive migrations away from increasing droughts and toward jobs can play out to humanity’s great benefit—or great harm. The book itself is a strong move toward the benefit side.

Mobility is survival, Parag Khanna demonstrates in his scintillating new book. In a political climate where the oldest human impulse - to move for a better life for ourselves and our kids - is demonized by nationalists across the world, Khanna offers a clear-eyed, unapologetic defense of the right to migrate.

A provocative vision...Flux is the way of life across the planet, and geography offers a powerful lens through which to synthesize emerging trends. Khanna's nuanced and insightful portrait of a world on the move challenges us to rethink how, where, and with whom we'll inhabit the planet.

Illuminates a host of new realities…The ability of human beings to be mobile is a key aspect of modern society—one that the pandemic has only accelerated. The creative class and those in the mobile vanguard are already searching out and creating tomorrow’s leading global hubs of innovation, which pair vibrancy with sustainability, affordability, and inclusivity. Parag Khanna’s MOVE outlines the forces creating a new geography of opportunity.

A nuanced discussion of the increasing importance of free movement across the planet..... Nativists will hate it, but no matter. Khanna makes an urgent, powerful argument for more open international borders. 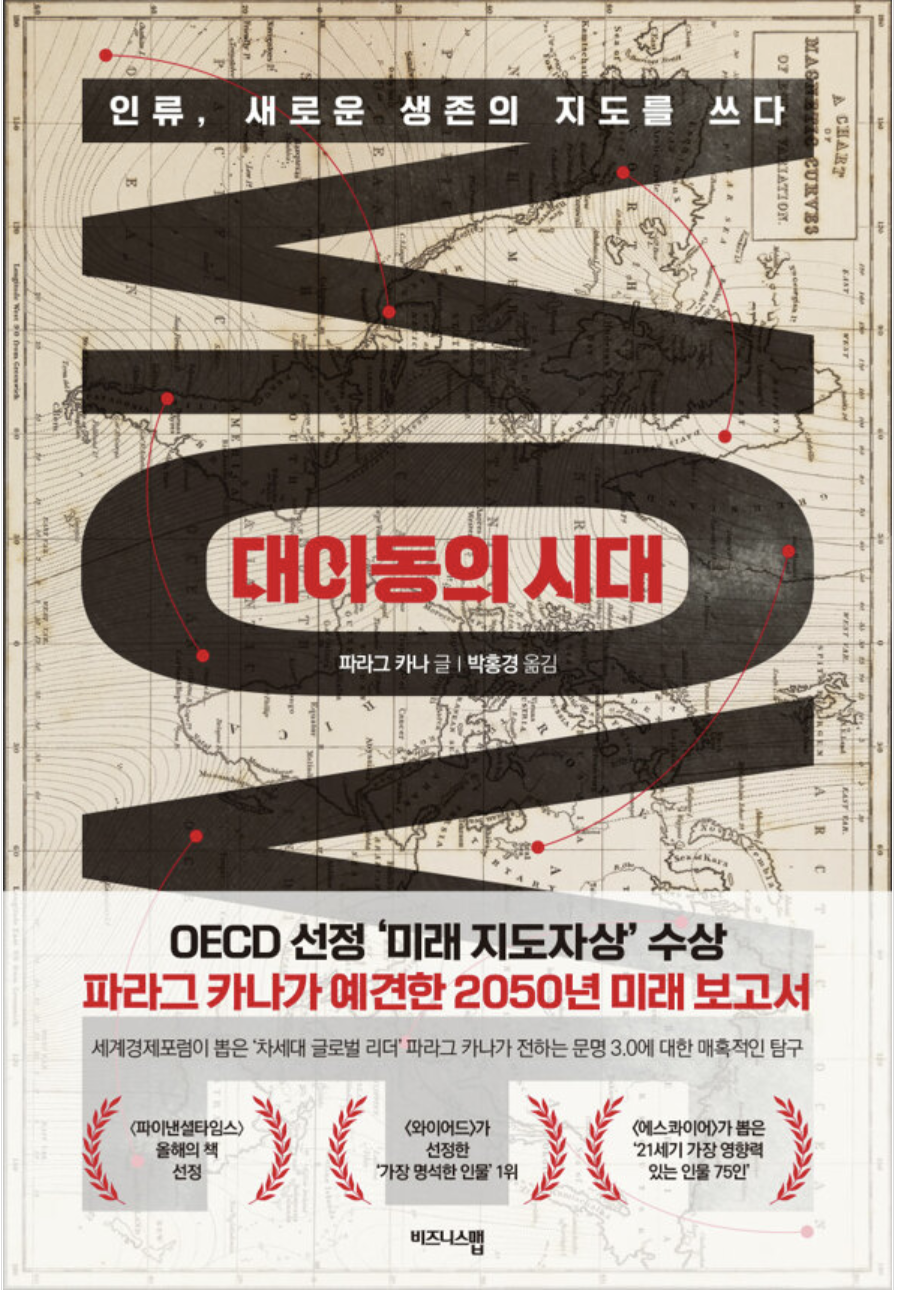 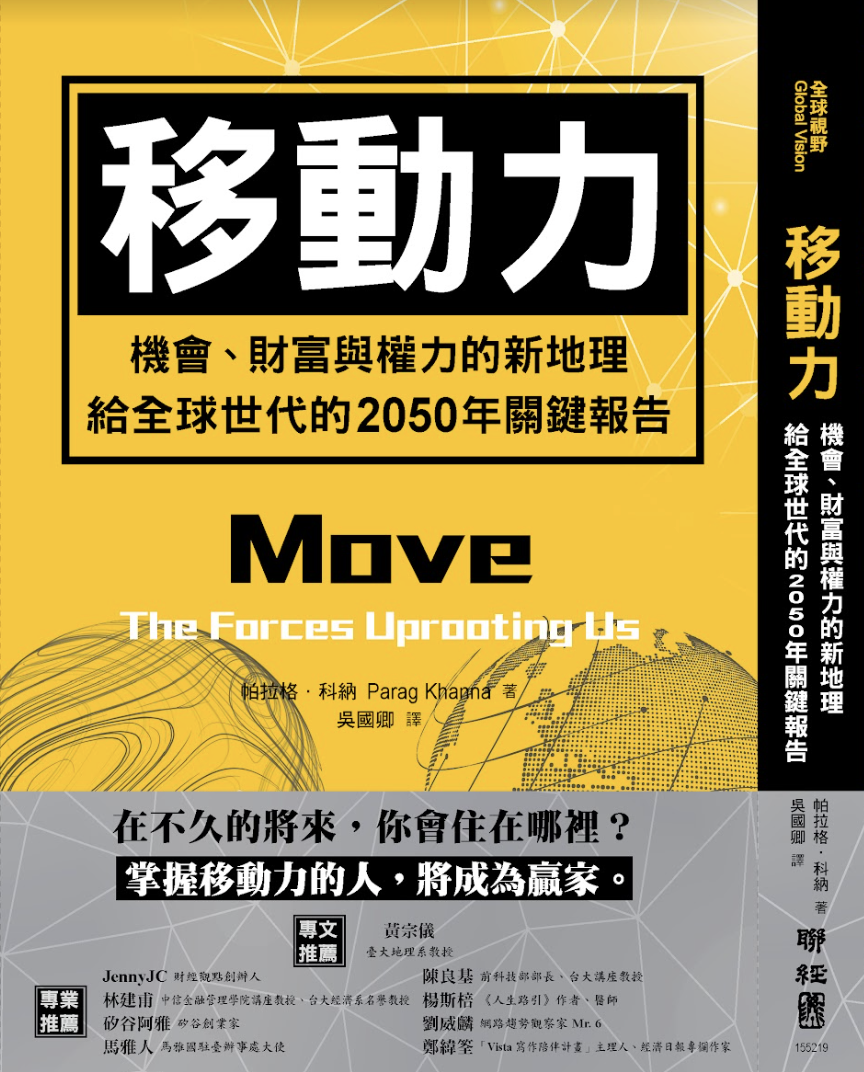